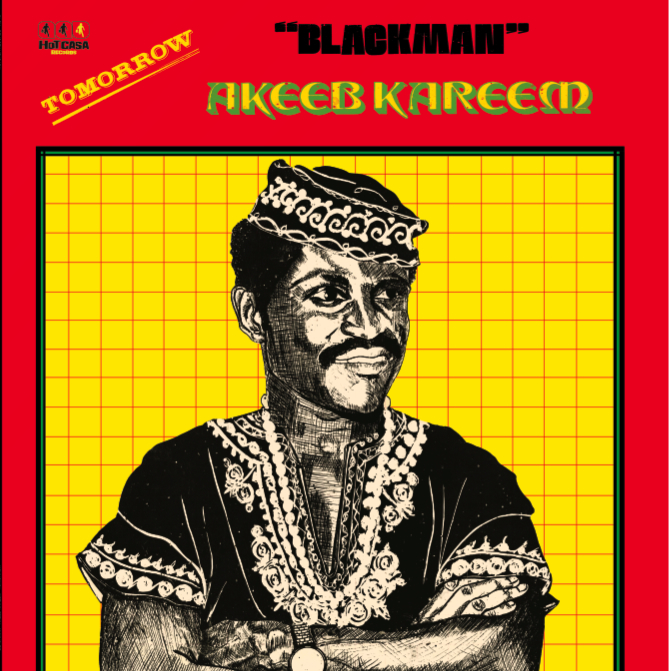 Hot Casa Records continues its Afro Soul reissue series with a treasure trove of Afro-Funk & Psyche-Soul tunes by Akeeb Kareem, recorded in Lagos in 74. He is one of Nigeria’s most talented musician, singer, songwriter, poet, and music producer. He has toured the world with his band and released tons of hit records through the years. The era of Akeeb Kareem was that of Orlando Julius & His Afro sounders, Johnny Haastrup of Monomono, Segun Bucknor & Revolution, Fred Fisher & His Ogiza Band to name just a few. An era of musical emancipation, which allowed so many geniuses to bring their own approaches of Afro-Soul fusion with unique sound identities.

Thanks to the Nigerian diaspora and with the help of internet, we found this brilliant and so friendly 61 years old man in London, now an evangelist preacher, and asked him if we could reissue one of his fantastic albums.  Akeeb Kareem had already recorded Afro-Pop fusions for Decca West Africa Records. Its second official album, “Tomorrow”, produced by the famous Odion Iruoje for EMI Nigeria, was a limited edition and really hard to find. This recording is particularly remarkable as it operates a shift from Akeeb’ regular style.

The first notable element is that the great Berkely “Ike” Jones, the guitarist who set the melodic pace and structured the progressive path for Ofege (the all-student group that created quite some impact in the 70s) was enlisted into the session. Berkely was also the guitarist for BLO, the legendary instrumental band whose pop vibe had quite an impact in the country in the 70s. Berkely  was the ‘B’ of the band, ‘L’ stood for Laolu Akins, the great drummer and producer who’s still around and ‘O’ represented Mike Odumosu, bass player, who also had a stint with Osibisa. Then Johnny Wood, the greatest organist of that scene at the time, dominated the rhythm section. And finally, also enlisted were trumpet and saxophone to boost the ensemble sound.

The 9 members from this session were reunited under the name “Super Black Borgs”. Songs were all composed by Akeeb Kareem with psychedelic fuzz and bubbling moog runs: a pulsating, breathless and soulful batch of traditional Nigerian 6/8 rhythms, soulful keys and spiritual Yoruba lyrics. Compositions that deliver the typical Akeeb Kareem sound include « Sad Memory », « Tomorrow », “Call Me Black man”, the poetic “Esin Funfun” (white horse) and the famous “Ololufe” (My love)….

He identified with the grass roots in terms of compositional themes and live shows. Almost all his fellow musicians were dressed with African relics of ancient times to depict the true African image of the band. And more generally, Akeeb Kareem and his band deeply lived and embraced the Afro panafricanism political emancipation movement, while having a very proactive and opened relationship with Western countries’ musicians and culture. All of them were simply led by a global will to spread love, peace and unity!

He left the country during the 80’s while his last record out in 84 called “Amebo” was doing well in the market, occupying a comfortable slot in the top charts.