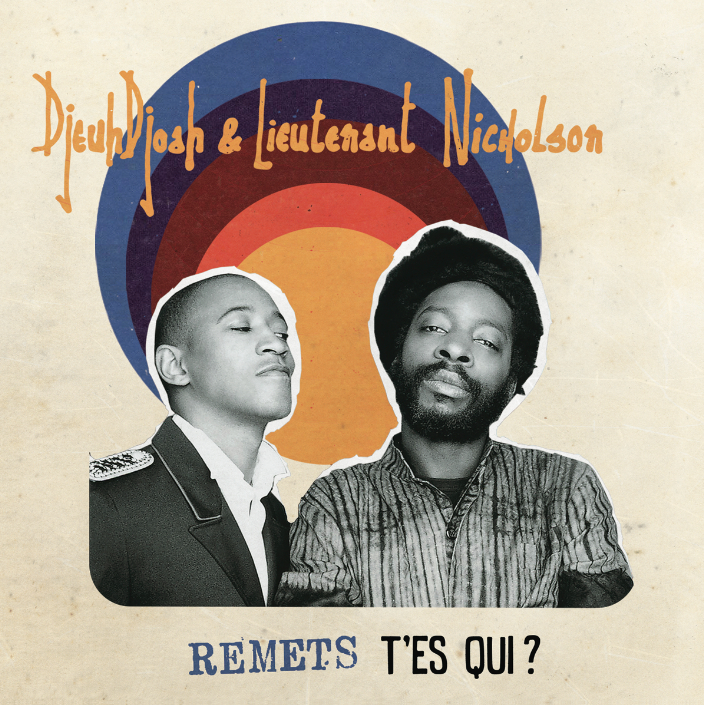 DjeuhDjoah & Lieutenant Nicholson is a French composers and afro-soul

T’es qui ? was  their first album released in 2015 , fruit of an intense collaboration during many years, on stage and in studio. They call their music as “Afropéan songs”, a collection of Jazzy-Pop melodies, Afro-Soul and Funk arrangements.

Remets t’es qui ? is the reissue of their first album included an unreleased track and a deluxe vinyl version !

The two singers pervade you with an invitation to travel, but also to knowledge and thought, where girls, politics, celestial bodies, Africa, Cameroon, West Indies, and their entire family heritage, take a place of honor.

Brainstorming and moving toe is the delicious moment you’ll get, when listening to their songs. DjeuhDjoah & Lieutenant Nicholson have a real and unique way to build and write their songs, a mix of conscious and poetics lyrics, with natural and strong harmonies.

The album was recorded between “The Bermuda Triangle”, Lieutenant Nicholson’s home-studio in Paris, Mato Production’s studio for the rhythm section, and mastered by DJ Vas.

T’es qui ? will blow a real fresh wind on the French musical scene!

To celebrate their first year release, here comes the vinyl deluxe press and a new digipack deluxe cd including an unreleased tracks called “Banale histoire”. A must have