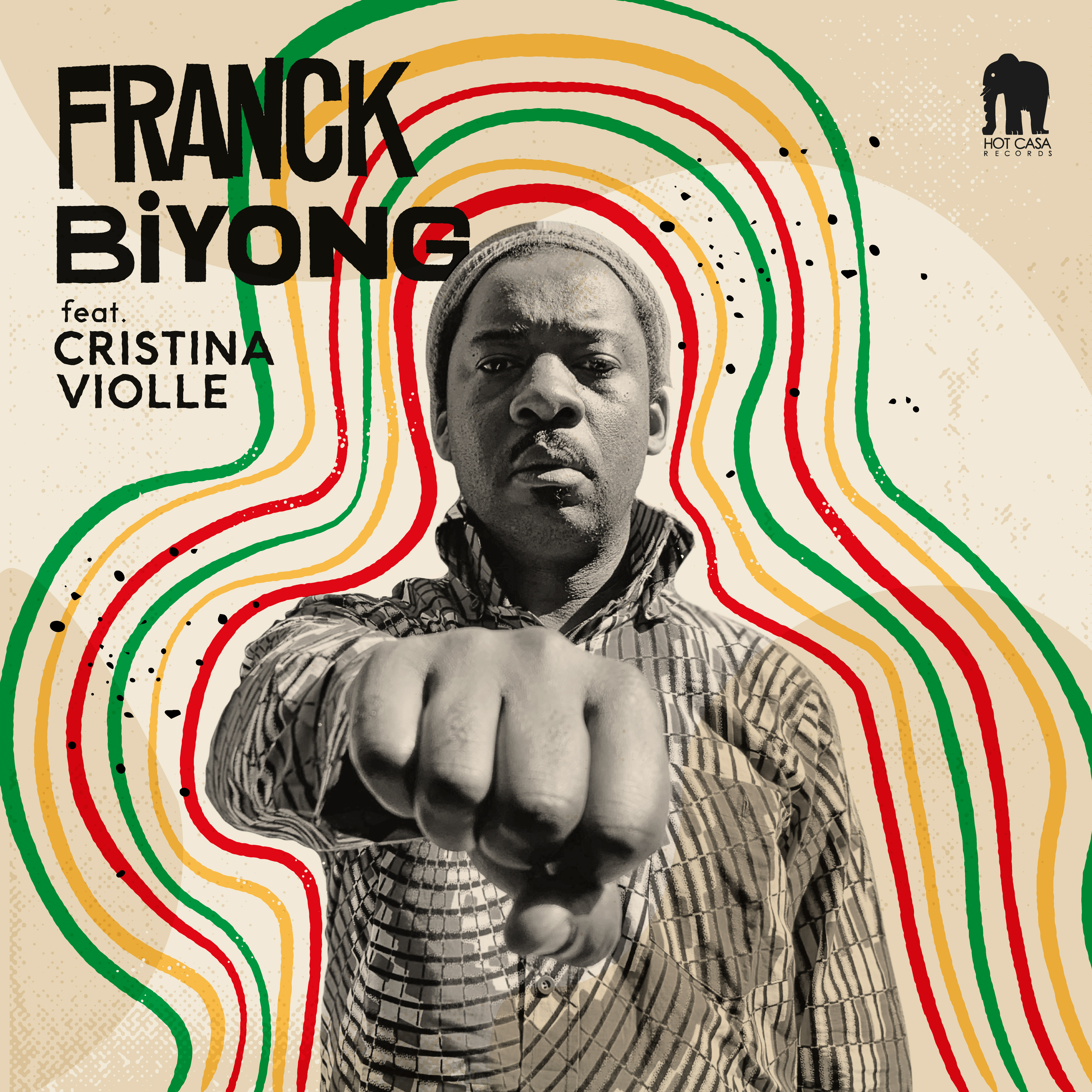 Buy on Bandcamp
Buy on I Tunes
Buy on Discogs

After a few other successful projects, Franck Biyong, the French-Cameroonian Afro-Beat composer, guitar player and singer is back on Hot Casa with a futuristic Afro-Brazilian club anthem.
The similarities and filiations between traditional West African drumming and Afro-Brazilian religious musical rites such as the Candomblé are many: under colonial rule African people and African slaves outwardly practiced Christianity but secretly prayed to their own God, Gods, or Ancestor spirits. So we aimed at keeping

the gritty urban menacing sound and poetry of Afrobeat with the percussive mass rumble of Batucada with the poignant beauty of Carioca. We then got in touch Cristina Violle, the first lady of “Samba de Roda” in Paris who graced us with a startling inspired and heartfelt melody to address the same issues of hope, resilience, courage and humility; the people who live in Africa’s shanty towns of Brazil’s favelas again have in common a shared living experience. The first completed version of the song then briefly went on alternative radio, we also made plans to release a 12” vinyl version of it, but for one way or another the vibe wasn’t right, things weren’t really happening and we shelved the project, without thinking we would get back to it again…until a

few months ago.
We went back to the studio last summer and started ironing the song again from scratch. That same initial
spirit and energy caught hold of us again from the day we started and, like for Francis Bebey’s “New Track” in 1982 or King Sunny Ade’s “Syncro System” in 1983 who were recorded in Paris over 35 years ago, we worked
relentlessly to create a balanced but experimental track showcasing rootsy sound, pop instrumentation, tight
world beat drumming, song structure, jazzy horns, spacey synthesizers, choral-like vocal harmonies with call
and response figurative vocals. The recent “explosion of the African arts” as Fela Kuti had prophesized it has blossomed into a worldwide celebration of race, identity and empowerment; it demonstrates that these very turbulent political and social times we’re living will encourage young and older people to seek for more cultural knowledge and make them realize that the layer of the African cultural existence is fundamental, and more importantly globally accepted. African cultures smashed through deserts, across routes, traveled borders disregarding modern day notions of geography and race for centuries; today they are varied and diverse,
yet a common thread latches these identities into one family; an infinitely large network of ‘life forces’.
We now proudly present this brand new record; just like the sightseeing you have while strolling through
the streets of Paris nowadays, it may seem raggedy and raw at first but underneath the surface, there is an underlying tension and complexity that mirrors the contradictions and issues of this society trapped in a
labyrinth of identity crisis: against race and class antagonism as well as immigration versus citizenship debate.
Much of the same could be pointed out about other multi-racial societies such as the present day Brazilian one;
But ultimately, artists and the civil society will have to keep on seeking for innovative ways to reinvent social
discourse and use whichever tool they may have at their disposal to address the ills of a society doomed to
progress and evolve or grow gradually impoverished. Like our predecessors years ago, we subconsciously did
our best to keep alive a longtime tradition of cultural tradition of African Artistic Renaissance, pushing further musical themes of contemporary African sound. To be continued…

Mastered by Frank Merritt at
The Carvery Studios (London – UK)