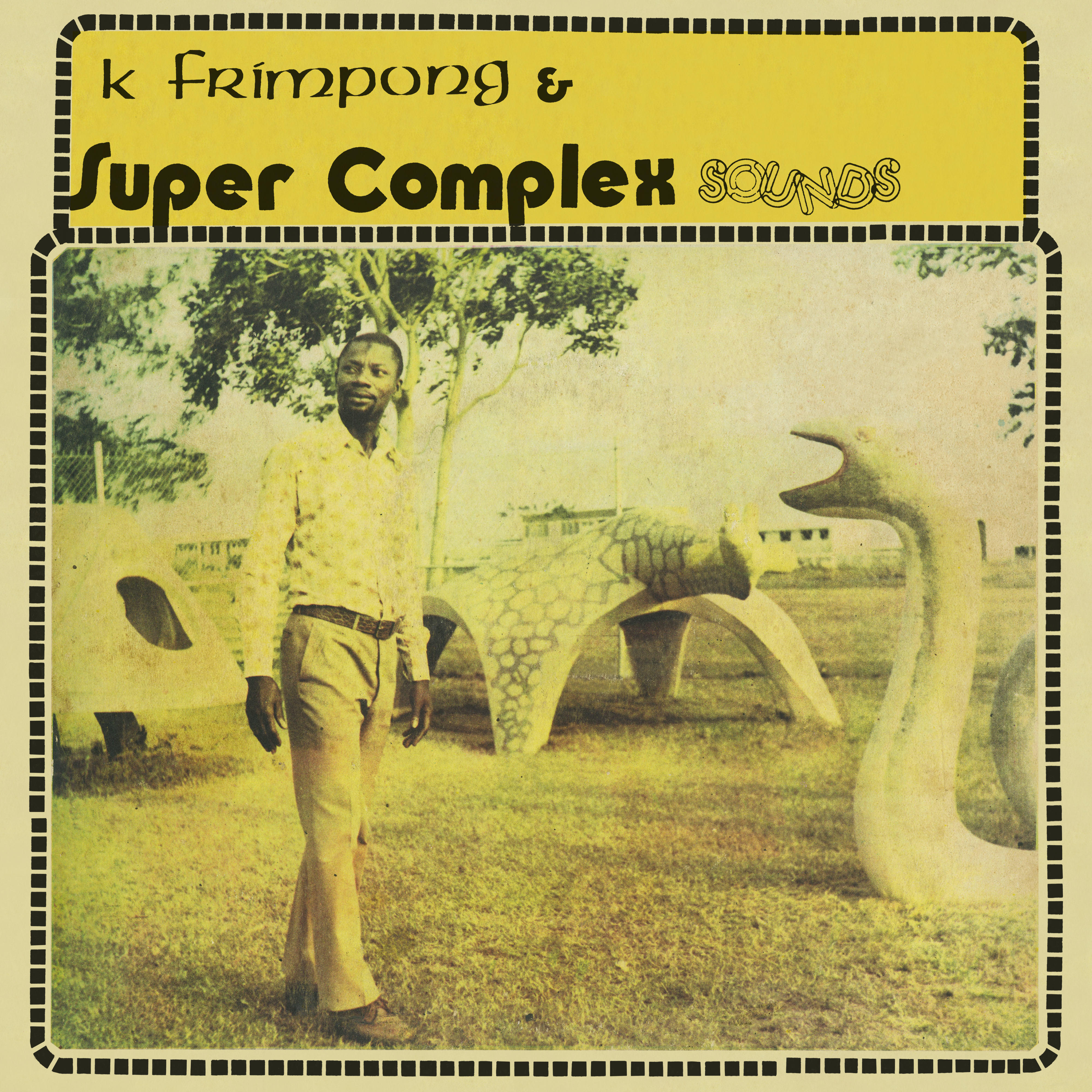 Buy on I Tunes
Buy on Bandcamp

Hi – Life & Afro Funk essential from Ghana!
The legendary K Fimpong’s fantastic rare second album recorded in 1975 at Ghana Films Studio . K . Frimpong was born on July 22nd , 1939 at Ofoase in the Ashanti – Akim district and entered right into music after elementary school by joining  » Star de Republic » and later «Oko’s band» after which he left to K. Gyasy’s band where he worked for more than 6 years.
As a prolific songwriter and singer , here’s the reissue of his second album , a modern fusion of Hi- life and the traditional beat called » Ahyewa ».The excellent background is given by the Super Complex sounds band which makes the Ahyewa beat abundantly, dancable, and colourful. Originally produced on «Ofo Bros « the label of the Ofori brothers in Kumasi,this two long sides recording were divided in 6 themes each sides, and make a deep 16 minutes long hi-life trance.
A must have vinyl of percussive Afro Funk & modern Hi -life for all the music connoisseurs. Remastered by Frank Merritt at The Carvery
Pressed on Replika format
Fully licensed by the Alhadji Kwame Frimpong Family