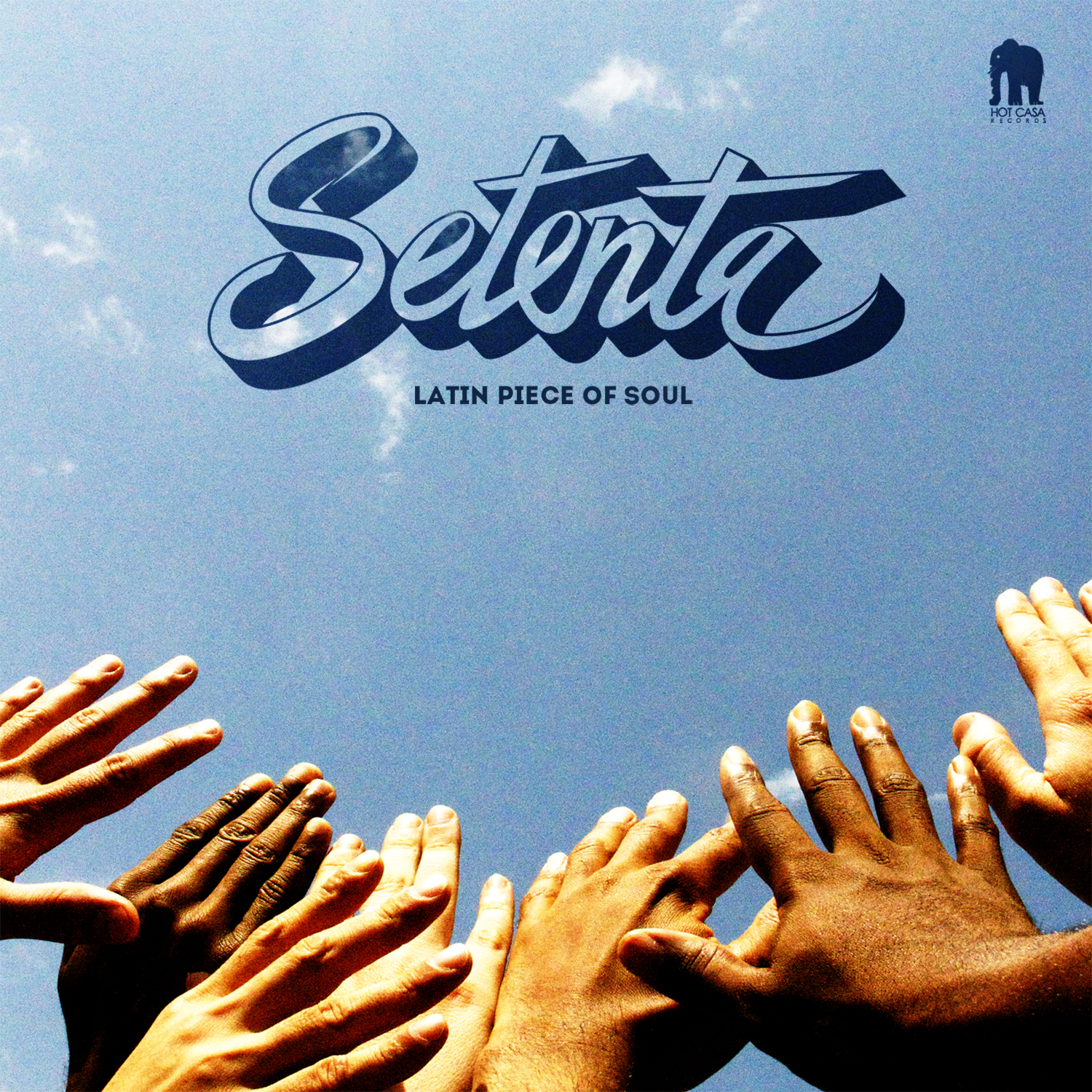 Buy on I tunes
Buy on Discogs

Created in 2006, SETENTA consists of seven musicians from Paris who use their musical upbringing, taste, backgrounds and unstoppable eagerness to produce a unique mix of Latin, Soul, Boogaloo with a touch of Caribbean influences.
After a sparkling debut on the Latin scene with their first album “FUNKY TUMBAO” (2010), they performed live for two years with an impressive and exhilarating world tour, inviting ORLANDO JULIUS at Jazz Mix in Vienne, opening for ROY AYERS at the New Morning in Paris, or playing for ERYKAH BADU’s aftershow in Amsterdam! Now 3 years after their acclaimed first baby, SETENTA is proud to present “LATIN PIECE OF SOUL”, coming out on HOT CASA RECORDS in spring 2013.
SETENTA is like a real family! However all of the members are also part of some important French acts (IMANY, SOLDAT ROSE, GREGOIRE, ALPHA BLONDY, etc.), they always come back to this friend’s adventure, as without any cliché, SETENTA is their way to experiment, satiate and enjoy their art. Led and composed collectively, the album straddles Latin, Soul, Hip-Hop, Funk, modern Jazz, or Psychedelic Boogaloo, with a percussive and strong vocal section. Sung in Spanish, English but also in Creole and Yoruba, SETENTA writes songs with conscious lyrics, about various and universal themes: love, peace and unity.
All the fourteen tracks building this new album were recorded on analog equipment at Mato studio in Paris, with rare vintage instruments. Influenced by the Nuyorican maestros from the seventies, the band was also keen to create its own Futuristic-Latin-Soul sound. Going through a long and meticulous recording process, the band deeply wanted to focus on the “Sound”, and they trusted DJ VAS to do so. Known as a member of Electro-Funk band KOJACK, he has mixed the entire album with his famous skills for deep analog sound and dancefloor club energy.

From the successful live experience and the great human meeting between ORLANDO JULIUS and SETENTA’s members, followed a strong desire to record together. Quickly they decided to rearrange his famous “IJO SOUL” song, taken from the “SUPER AFRO SOUL” album he recorded for Philips in 1966. A song which blew the king James Brown himself away during his trip in Nigeria in 1970 and influenced him for the composition of his “I FEEL GOOD“ classic. This track perfectly sums up the rich energy and raw power bubbling in the ORLANDO JULIUS compositions, effortlessly blending together Afro Soul and Yoruba swing.
Now here comes “IJO SOUL 2013”!
The album also contains two covers, which reflects the eclecticism of the band. First they decided to take on the Hip Hop classic “WOO HAH!! GOT YOU ALL IN CHECK”, by interpreting the original Galt MacDermot composition in a Funky Mambo version. With SETENTA, Busta Rhymes flies to the tropics! Then the smash hit “SMELLS LIKE TEEN SPIRIT” by Nirvana is revisited with a massive Boogaloo touch, ready to hit radios and dancefloors from all over the world!
With this pulsating and rhythmic album, SETENTA gives us a modern definition of Salsa and Funk.
The funky Latin band from Paris is back with an explosive sophomore effort and “LATIN PIECE OF SOUL” sounds like a future Latin-Soul masterpiece already!