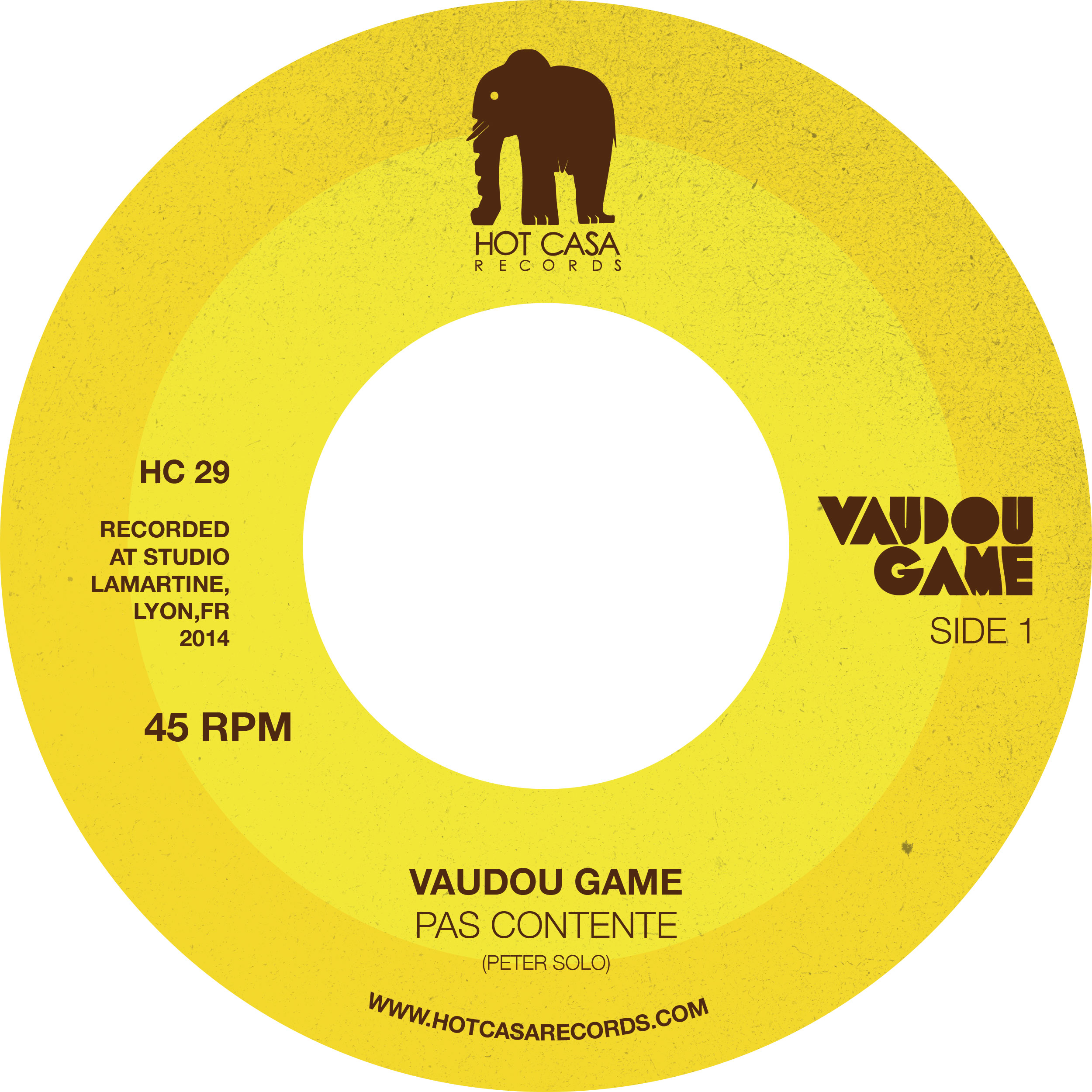 Vaudou Game is a contemporary live band playing an authentic Togolese funk based on voodoo chants scales. The band is led by Peter Solo, singer and composer born in Aného-Glidji (Togo), birthplace of the “Guin” tribe and place of the voodoo culture. He was raised with those traditional values of human and environment respect.
Peter Solo invited his uncle, Roger Damawuzan, famous pioneer of the 70’s soul scene in Togo, to sing on “Pas Contente”. The result of their collaboration is without a doubt a pretty amazing future dancefloor classic!
This two mindblowing songs were entirely recorded, mixed and mastered with old analog tapes, and played with vintage instruments which recalls the sound of bands like Poly-Rythmo De Cotonou or El Rego!
The idea of integrating these haunting lines, sung in honor of the Divinities, to energetic 70s Afro-funk, was, in Peter Solo’s mind, an obvious extension of the analogy he found between this voodoo tradition and trance inducers such as Soul, Funk, as well as the Rythm’ N Blues of James Brown or Otis Redding.
Finally, “Lazy Train” is an amazing raw funk track which will only appear on this 7inch’ b-side, as an exclusive for DJs!
(Taken from the forthcoming album, Apiafo, to be released on Sept 27th 2014 by Hot Casa Records.)