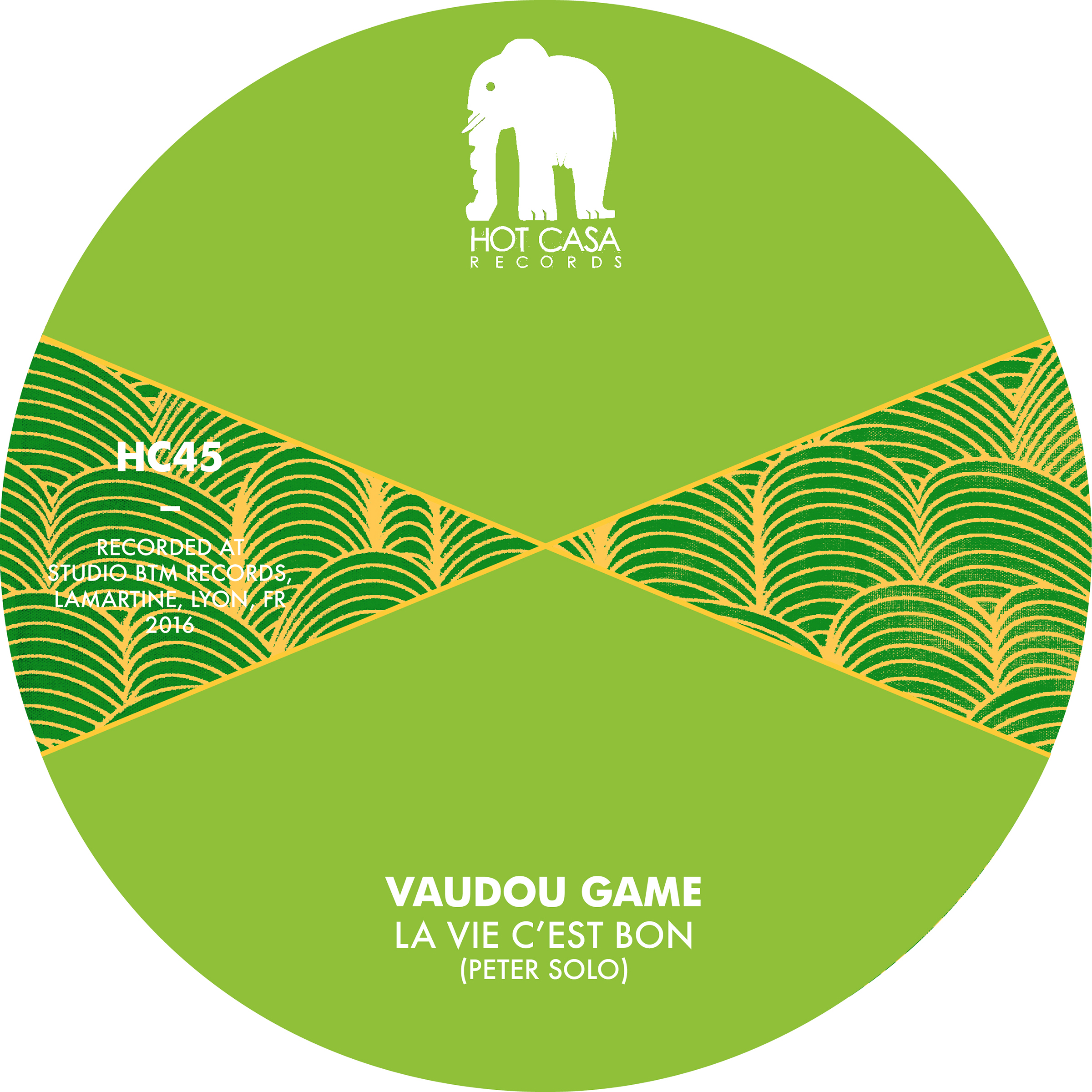 Buy On I tunes
Buy on Bandcamp

From the forthcoming album “ Kidayu” out Sept 8 th 2016 on Hot Casa Records.

When faced with the decision to take a different direction at the risk of getting lost in a synthetic sound or to further explore the same musical path, Vaudou Game did not need to consult the oracle for very long when putting together their new album. Since their first acclaimed album, « Apiafo » and its irresistible single « Pas Contente », these Lyon natives never turned down the heat on over 130 stages across Europe, Africa, America and Asia. Peter Solo has displayed his amulets, charisma and yellow pants around the globe.

When it came time for them to harness their Afro-Funk sound for the second time, they turned their attention once again to their analog strengths. Vintage material, instruments produced in the 70’s and cassette tapes were the « grigris » (or lucky charms) which proved most effective to ward off digital corruption of their music and return them to a tight-knit group with a solid groove.

The album “Kidayu” will be out Sept 8th 2016 before an international tour.