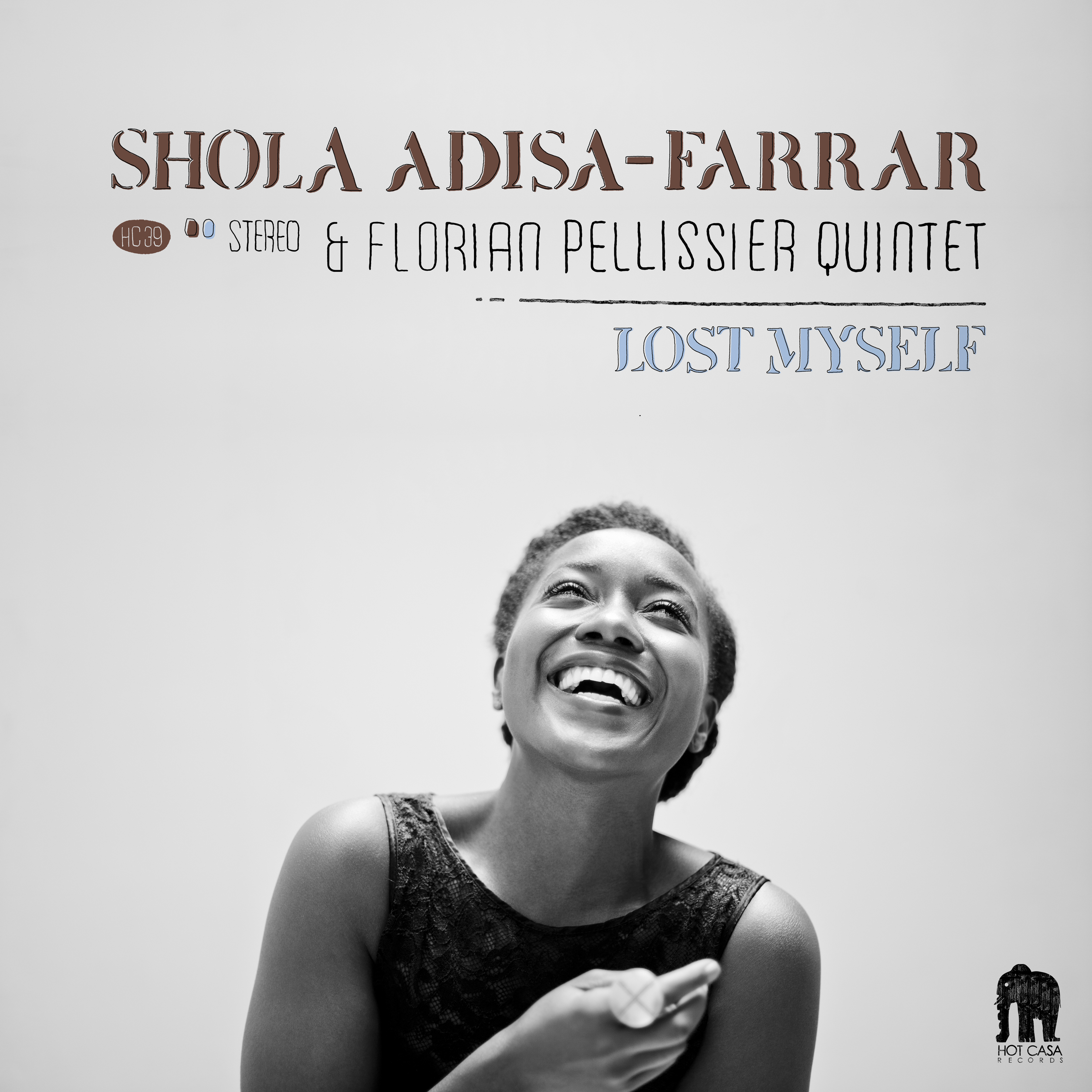 Buy On I tunes
Buy on Bandcamp
Buy on Discogs

Raised on opposite sides of the Atlantic, these two artists have combined their talents to compose “Lost Myself.” This musical voyage blends New York hard-bop aesthetics and Reggae-inspired elements with the jazz of today for a fresh spin on jazz classics and original compositions.

Vocalist Shola Adisa-Farrar, a native of Oakland, California, was born into a family of artists and intellectuals. Shola began singing at the age of eight, influenced by her Jamaican upbringing and the soul and jazz classics that played in her home. At a young age, Shola garnered attention for her distinct raspy voice, which enabled her to perform a variety of musical styles as well as secure radio spots as a voice-over artist. After living in New York City for eight years where she earned a Bachelors degree in Music, she is now an established resident in Paris. Shola spends her time travelling internationally to perform and developing her musical style. This album is her exploration into Jazz.

Florian Pellissier, Parisian pianist and composer, is known for the authenticity and hard-bop style he brings to his music. A graduate of The New School for Jazz and Contemporary Music, Florian has spearheaded his own quintet along with the release of two successful albums: Le diable et son train (2012) and Biches Bleues (2014). Florian has also contributed his musical talent, which includes his command of the “Rhodes,” to jazz and funk projects such as Setenta, Camarao Orkestra, Chevere Que Son, Cotonete and GUTS.

During Shola’s year-long residence as a performer for Le Reservoir’s Sunday Jazz brunch, Hot Casa Records’ DJ duo introduced Shola to Florian, sensing the two artists would musically compliment each other. In July 2013, their musical collaboration began. Bonding over their love of jazz autobiographies, swapping music, and improvising together, a studio collaboration was born in the hidden basement of Colorblind Studio on Paris’s Left Bank.

The result is eight spiritually-tinged jazz tracks recorded live on analog equipment to maintain the “traditional” quality of the music, from sultry introspections to rhythmic compositions grounded in intense emotion. Included are jazz classics such as Feeling Good and I Have A Dream, a tribute to the music of Herbie Hancock that has influenced Florian since his formative years in New York, to which Shola penned lyrics.