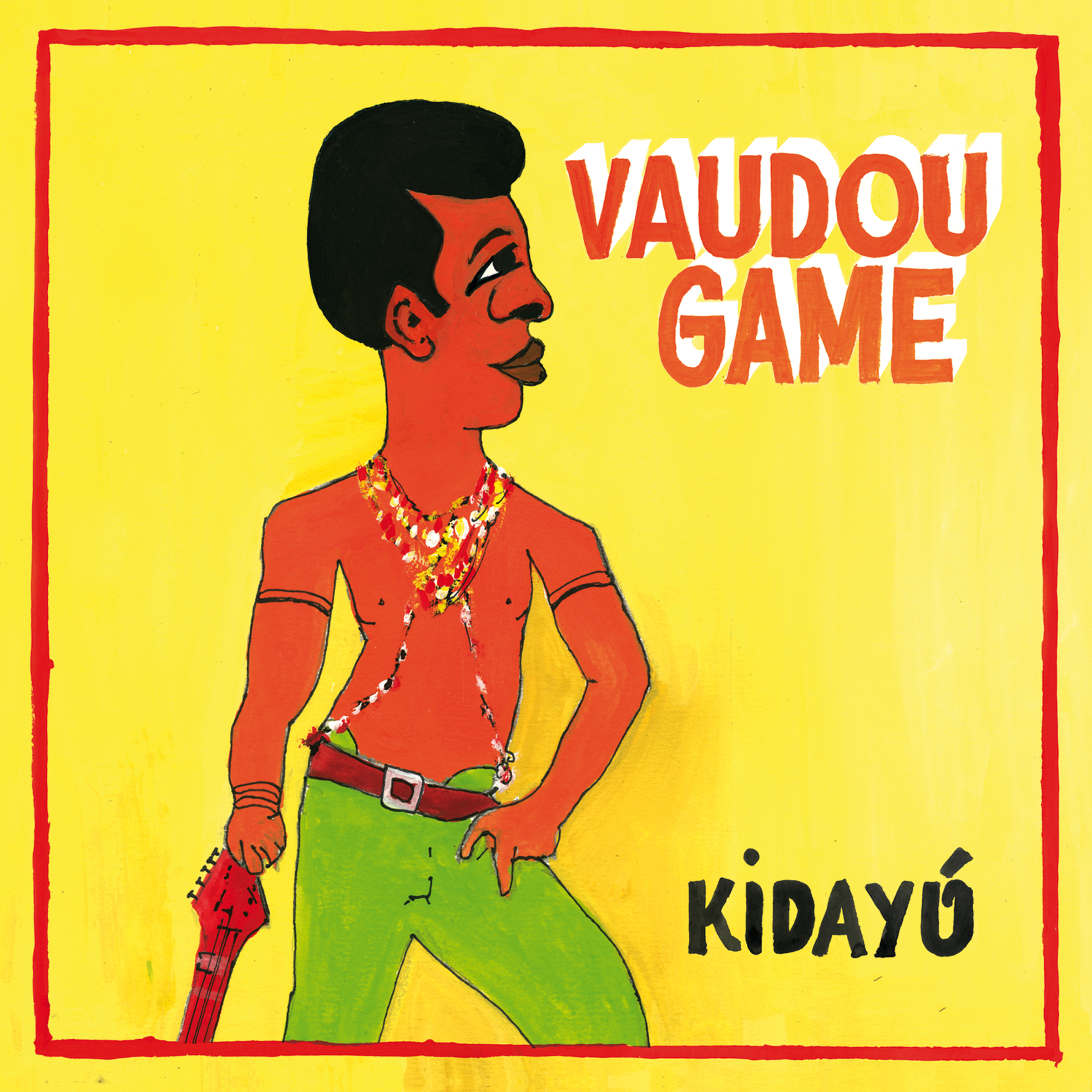 Buy On I tunes

When it came to recording ‘Kidayu’, the new album from Vaudou Game, released 7th October on Hot Casa Records, Peter Solo did not need to consult the oracle, instead relying on the voodoo rhythms and raw afro-funk and soul that has served him so well.

Solo immersed his Lyon companions in the flourishing Afrobeat rhythms of the 1970s along with those of traditional song. But far from being backward-looking, together they deliver an original style of music, dynamic and jubilant. Marked at times by James Brown-style shouts, ‘Kidayu’ pairs voodoo harmonies with funk and blues.Born in Aného-Glidji, Togo, the birthplace of the Guin tribe and a major site of the Voodoo culture, Peter Solo was raised with this tradition’s values of respect for all forms of life and the environment. At an early age, he made a makeshift guitar, and his music propelled him into the spotlight, his undeniable talent earning the respect of renowned African artists. Mastering traditional percussion instruments, his desire to discover the world and to carry his practice forward led him to England, where he became immersed in gospel music and then eventually to France where he calls home today.

The idea of integrating the haunting voodoo lines, sung in honour of the Divinities, into energetic 70s afrofunk, is, in Solo’s mind, an obvious extension of the analogy he found between this voodoo tradition and trance inducers such as the soul, funk, and rhythm ‘n blues of James Brown and Otis Redding.Solo had a vision of codifying the musical scales that are found in sacred songs of Beninese and Togolese vodun music. The terms “vadou” and “voodoo,” which come from the word “vodun,” refer to spirit and name a blended culture of voodoo practices from different West African ethnicities.Entirely produced, recorded, mixed and mastered using vintage material and instruments produced in the 70s, old cassette tapes were the “grigris” (or lucky charms) which proved most effective to ward off digital corruption of their music and allow them to thrive as a tight-knit group with a solid groove.

Kidayu means “sharing” in Kabye, the language spoken in northern Togo, and sharing, is the philosophy of Vaudou Game – both in their recorded music and on stage.

In songs like ‘Natural Vaudou’, ‘Cherie Nye’ and ‘La Vie C’est Bon’, the unbeatable trance rhythm inherited from James Brown and Fela Kuti, icons of Funk and Afrobeat, are evident.

Across ‘Kidayu’, Vaudou Game sound like the big bands from the golden age of Ethiopian dance music but it’s in songs like ‘La Dette’, ‘Revolution’ and ‘Elle Decide’ where they show their greatest inspiration; the rumbling soul and funk of James Brown. Raw funky basslines let Solo’s lyrics bounce back and forth until the result is so pulsating and mesmeric you just have to move your feet.The ecstatic voodoo rituals that Solo grew up with are used as a fertile basis for Vaudou Game’s sound. In using the original form, he decorates his songs with guitars, keyboards, bass, rhythms and counter rhythms, and a steaming pair of brass.